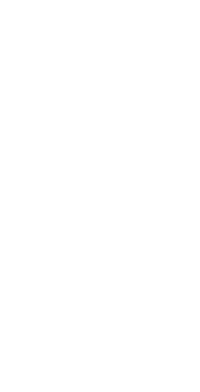 The Sabbat is an organization of cainites who reject the Traditions. Unlike the Camarilla, the Sabbat believe in the existence of the Antediluvians and Caine. The sect rejects The Masquerade, and instead revel in their superior power, often resulting in extreme violence.

During the events of Vampire: The Masquerade – Bloodlines, the Sabbat is a major threat to the vampires of Los Angeles; they attack immediately following the execution of the fledgling's sire, and continue to plague the protagonist and their allies throughout the series – and vice versa. The first task assigned to the fledgling by current Camarilla Prince of Los Angeles, Sebastian LaCroix, is to destroy a Sabbat warehouse, guarded by their human followers. After finally obtaining the necessary materials and connections, they break into the warehouse and blow it up. Meanwhile, in Hollywood, a powerful Tzimisce Sabbat vampire creates a series of gruesome monstrosities through the use of Tzimisce Fleshcrafting, several of which are caught on camera as they murder a woman who stumbled into the vampire's haven. This tape is reproduced en masse and distributed by "Death Mask Productions" as a snuff film; the Tzimisce hunts down anyone who managed to lay hands on a copy of the tape, before dealing with "DMP" as well. The fledgling manages to obtain an undamaged copy of the tape before the Sabbat can destroy it, however, and is able to use it to find the Tzimisce haven. They discover that the Tzimisce has been assaulting the Nosferatu Warrens for some time now – this has failed to inconvenience the Nosferatu, however, because the Tzimisce creations cannot access the Warrens themselves, and the Nosferatu have a second exit which leads to directly to the Hollywood Forever Cemetery.

Prince LaCroix later orders the fledgling to destroy the current Archbishop of the Sabbat; with some difficulty, they are able to successfully do so. LaCroix seems to believe that this was sufficient to destroy the organization in Los Angeles, and, indeed, the Sabbat failed to interfere with any of the subsequent events, despite their strong stance against Antediluvians. Unfortunately, there are no opportunities to investigate any remaining Sabbat activity.

In Unofficial Patch it is possible to join Sabbat and complete the game with their unique ending. In order to do this the protagonist must first show interest in joining the Sabbat during his or her first encounter with Andrei during the Going the Way of Kings quest. Player character must have a Humanity score lower than 5 in order to see the required dialogue options. After the declaration to join the Sabbat protagonist will have to fight Andrei anyway.

Story will proceed normally until the Hell at the Hallowbrook Hotel quest where protagonist will skip the normal playthrough and will instead be transported to the hotel lobby to speak with Andrei. Here protagonist can officially declare their allegiance to the Sabbat and will be rewarded Tal'Mahe'Ra Blade.

Protagonist will then have to kill both Ming Xiao and the prince, however they won't have to fight Andrei. The Sabbat ending is an edited version of the Kuei-jin story where the sarcophagus is dropped to the bottom of the ocean, however in this scenario player is not chained to the sarcophagus and instead watches from the boat as the sarcophagus sinks.