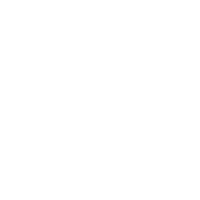 The term thin-blooded, or Thin Bloods is primarily used to refer to Caitiff and vampires of the last generations. Thin-blooded can be taken subjectively; generally, blood "thickness" is a relative term: Cainites of lower Generations have more highly concentrated or "thicker" vitae, while those of higher Generations have "thinner" vitae. In the Final Nights, thin-blooded vampires are synonymous with vampires of the 14th and 15th Generations. While only about half of 14th generation are Thin Bloods, all 15th generation vampires are.

For centuries the thin-blooded have been persecuted by Elders, Gehenna cults, and other Noddists that fear their existence because Gehenna prophecies seem to indicate thin-blooded vampires are a sign of the end times. While in previous centuries the Caitiff bore the brunt of this hatred, the upsurge of 14th and 15th generation Kindred has become a matter of great debate and concern, and has notably resulted in the return of the office of the Scourge in Camarilla cities.

Many thin bloods migrated to Santa Monica, within the Anarch Free State they were relatively safe, in an attempt to escape being hunted and persecuted. Throughout the game E. informs the player of other thin bloods, but the only ones seen in the game take refuge in Santa Monica were they can be found on the beach.

Several humans were inexplicably attacked in a Mass Embrace, suddenly thrown into the dangerous and ruthless vampire politics of Seattle. Tensions between the factions in Seattle are at an all-time high, and this unsanctioned attack throws the status quo into chaos.

Thin Bloods possess exceptionally diluted vitae, they must expend twice the number of Blood Points necessary when using Disciplines and other vampiric abilities, cannot form blood bonds, and have a portion of their blood pool which can only be used to wake each evening. In addition, thin-blooded vampires generally have great difficulty Embracing others, and more strangely, those who do survive the Embrace often do not awaken as a vampire until minutes or hours later.

Many thin-blooded vampires are able to learn strange and rare Disciplines without training, while others develop their own powers, a feat normally impossible for any but the lowest generations. These rare individuals are sometimes called Inceptors, a title usually reserved for ancient vampires who spend centuries developing new powers of the blood. Even with powers they create themselves, however, the thin-blooded cannot achieve high mastery of Disciplines: 14th Generation vampires can only learn up to level 4, and 15th Generation vampires only up to level 3 of any Discipline. They are also harder to learn, costing both Generations more experience.

The thin-blooded also share an oracular ability that is amplified within groups and grants them knowledge of the plots and deeds of Methuselahs and the Antediluvians. Naturally, this makes them of great interest to the few who know their secret, but debates rage over the source of their visions and whether they can be trusted. Some believe the visions are memories of things glimpsed during their longer than normal period between death and rebirth as a vampire, while others believe the thin-blooded are being used by the Antediluvians to mislead those who would fight them. Many Kindred simply want to destroy anyone who could learn their secrets through such gifts, though for their part the thin-blooded rarely understand the significance of what they see.

15th Generation vampires feel some aspects of the curse less acutely than other Kindred. They are less affected by sunlight, both physically and psychologically; they find it easier to wake during the day, and may survive exposure to dim sunlight unharmed. They can hold down food for longer periods of time and even digest it as sustenance with a great deal of effort. Their bodies display some signs of true life; sometimes their hair or nails will grow, or they will feel the beat of their heart. A very small number have even fathered or, more rarely, given birth to children. Such offspring are known as dhampirs, and their nature is not well understood.