Gain no blood from feeding on animals. Feeding on lowlife may cause vomiting.

The Ventrue are one of seven playable clans in Vampire: The Masquerade – Bloodlines. The ruling class, the nobility, aristocracy, company CEOs, wealthy individuals, politicians – it's these people that make up the Ventrue clan. They ruled in life, and they rule in undeath as well. The Ventrue clan is the head of the Camarilla and members of this clan often become the "princes" or rulers of major cities. They move in the same high circles as the Toreador, but unlike the Toreador, Ventrue love to be in charge and they take on the burden of leadership stoically. The Camarilla as well as the Ventrue clan are hated with a passion by the Brujah and Gangrel clans, due to Ventrue desire to rule over all Kindred.

Those belonging to the Ventrue clan enjoy exclusive privileges, including Fledglings. Since time immemorial, Ventrue clan leaders have been enforcing the ancient traditions, and weaving the destiny of the Kindred. Out of any other clan, the Ventrue maintain stability and order in the Camarilla. 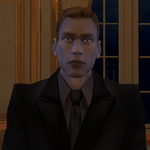 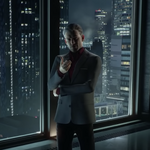