Vampire: The Masquerade – Bloodlines Wiki
Register
Don't have an account?
Sign In
Advertisement
in: Glossary, State of existence, Creatures 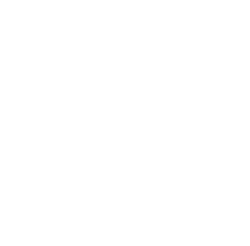 Werewolves are one of two main supernatural races in Vampire: The Masquerade – Bloodlines, the other being Kindred.

In the modern nights the majority of mortals have been convinced that werewolves are myths, and thus possess only the knowledge found in the average novel or movie.

Most vampires regard werewolves (or "Lupines") as feral chaotic things that, if not controlled right, can do serious damage to life and limb. Most vampires who do know of werewolves, note that most werewolves stay out in the country. Interaction between vampires and werewolves tend to be minimal, as vampires stay mostly in the city. Vampires and werewolves are brutal enemies; werewolves regard vampires as servants of their enemy. The Gangrel clan are often said to have forged alliances with werewolves, although this is usually far from the truth; in general, the Gangrel are simply familiar enough with the Lupines to know how to avoid dealing with them entirely.

The hunters' view of werewolves differs from creed to creed, and even hunter to hunter. Some view them as spawn of Satan, while others see them as animals with a hatred of technology. A few have had the chance to talk to werewolves, and have a basic understanding of their mission, though hunters are more concerned with saving humans than the Earth and are not always sympathetic.

Werewolves are very strong, and can easily take down vampire packs – though the Anarch, Nines Rodriguez, was able to tear the head off a large werewolf that took him by surprise (However, it is implied he used a grenade). Werewolves have superhuman strength and speed which, due to their size, might exceed that of most vampires.

The particular werewolf which attacks The Protagonist in Griffith Park is seemingly invincible but it can be crushed to death in the doors of the Griffith Park Observatory.

Thanks to the True Patch it is possible to have a fight with the werewolf and win, though the damage displayed will not change from yellow to red, eventually the beast will die.